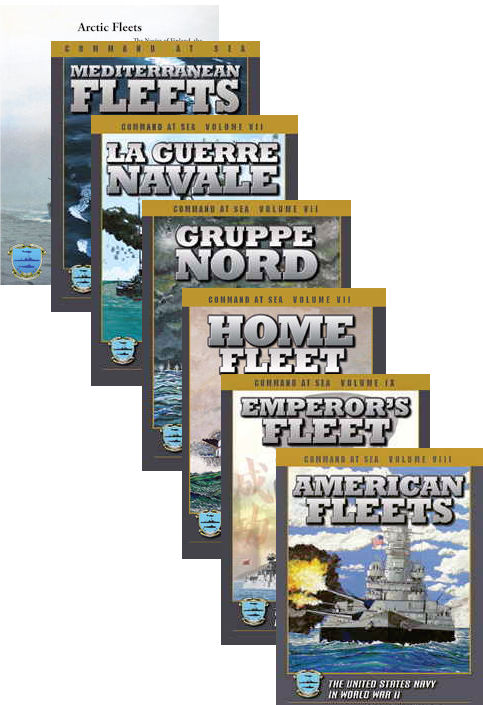 The Command at Sea (CaS) series features data on almost every ship available in the World War II period. This information is contained in a series of products known as the "Fleet Series". While some of these products contain scenarios, their primary emphasis is on ship, aircraft, and systems data.

This data is presented in the same format and terms as is used in the other Admiralty Trilogy games (Dawn of the Battleship, Fear God & Dread Nought, and Harpoon). The CaS system emphasizes technical and historical accuracy woven into a streamlined, easy to follow rules structure that keeps the action fast-paced and fun. Much of the information used in CaS was drawn from declassified international naval and government documents. Combat resolution is built around a single die roll philosophy that keeps the players focused on the battle and not on the mechanics of the rules.

Containing the most complete and accurate information on the navies and air forces of WW II available, the Fleet Series provides all the statistics on ships, aircraft, weapons, and sensors to play scenarios using the Command at Sea tactical naval rules. Each book covers a separate nation or group of nations. 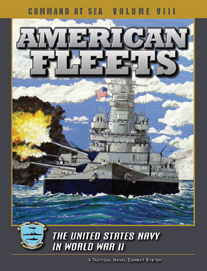 For the first time, statistics for US ships and aircraft, and all their weapons and sensors are available in Command At Sea (CaS) 4th Edition standard. American Fleets includes over 250 ship classes and over 190 aircraft, many of which have not appeared in CaS format before. All earlier listings for these ships and aircraft have been reviewed and updated to include information from newly available references, and great strides have been made in reconciling conflicting or incorrect sources. Damage data and other game-related information has also been updated to the CaS 4th Edition standard. 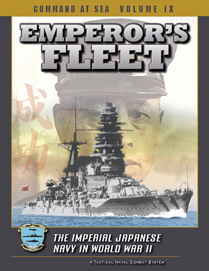 The Emperor's Fleet provides statistics for the Japanese ships and aircraft, and all their weapons and sensors, extant in the Second World War.

Over 200 ship classes and over 130 aircraft are included, many of which have not appeared in Admiralty Trilogy products before. 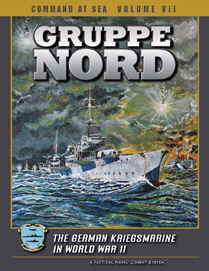 Gruppe Nord traces the history of the German Kriegsmarine's surface fleet in the North Atlantic, the North and Norwegian Seas in WW II.

Misunderstood and misused by Hitler and his generals, the roster of Germany's surface ships is filled with famous names: Bismarck, Admiral Graf Spee, Scharnhorst and many others. However, the battle history of these powerful combatants and first-class crews was more a series of pursuits and defeats than victories. There were some successes at sea, like the raiders, and their story is included in Gruppe Nord's 128 pages.

Packed with seventeen historical and hypothetical battles, historical sidebars and introductory material expand the background of some of the most famous naval battles of the era. The Trilogy-standard annexes cover the Kriegsmarine and Luftwaffe, including many hypothetical units. 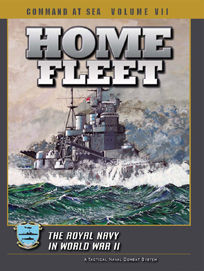 Home Fleet's 110 pages contain the many warships and military aircraft of the Royal and Commonwealth Navies. Almost every Command at Sea product has included British and Commonwealth ships fighting all over the world. Listings for the various ship and planes and weapons were published as needed in each supplement, but this is the first time all of the information on these forces has been gathered into one volume for Command at Sea players. In addition to what has been published before, many new types of ships and planes have been added including hypothetical systems. 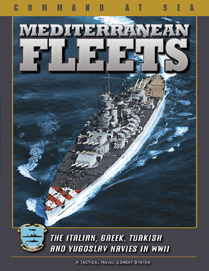 For the first time the Admiralty Trilogy system covers the Greek, Turkish, and Yugoslavian Navies. Previous listings of Italian ships and aircraft have been updated with information from many new reference sources (including naval experts in Italy who were consulted and graciously shared information that resolved many questions. Fire control and ASW capabilities especially benefitted from their assistance.)

Mediterranean Fleets includes over 150 ships and 90 aircraft! All data and information has been updated to Command at Sea 4th edition standard. 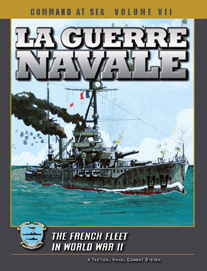 La Guerre Navale tells the story of the French Navy in WW II, a major fleet with first-class ships and well-trained crews that was robbed of its chance to defend France by the German Blitzkrieg of May 1940, its ordered destruction at Mers-El-Kebir by the British leadership, and its scuttling at Toulon in defiance of the Nazis.

Twenty-two scenarios provide historical battles and hypothetical engagements that explore alternate paths of WW II naval history. This 128-page booklet also includes sidebars and other historical text that places each battle in context, as well as complete Admiralty Trilogy annex specifications for the French, Italian, Siamese (Thai) and US ships that are needed to fight the battles. Several hypothetical units are also included in the annexes. The foreword is by noted French historian Alexandre Sheldon-Duplaix. 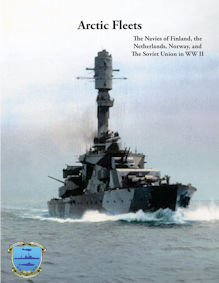 Arctic Fleets contains data on the units and systems of Finland, Norway, the Netherlands, and the Soviet Union.