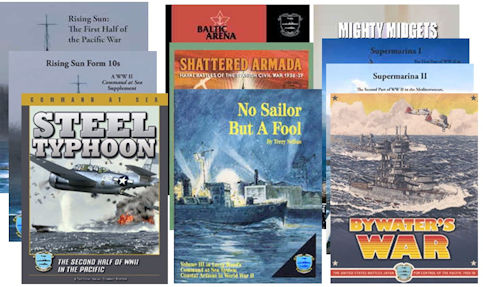 Command at Sea (CaS) is a World War II tactical naval rules system. It can be used to simulate almost every naval operation of World War II with accurate and consistent results. Victory depends as much on the tactics and planning of the players as on the ships and equipment under their command. CaS uses the same format and terms as the other Admirality Trilogy games.

The scenario books for CaS allow you to explore both historical, "what if", and completely hypothetical battles corresponding to the period covered by CaS. Enough ship, aircraft, and system data is provided in each book to play the scenarios, and they also include historical background and other information. 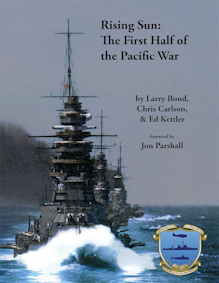 Rising Sun 3rd Ed. provides scenarios for the Admiralty Trilogy's WW II tactical naval game system, Comand at Sea. Starting with Pearl Harbor, it covers the fierce surface, submarine, and air combats of the first half of the Pacific War, with detailed orders of battle, and historical accounts. 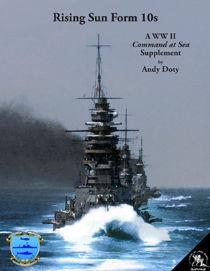 This product supports the Command at Sea (CaS) supplement Rising Sun, which provides scenarios covering the first half of WW II in the Pacific (December 1941 - November 1943). A Form 10 lists all the statistics for the ship, along with weapon ranges and hit chances, sensor ranges, maneuvering data, and a damage tracking form - all the information needed to use that ship in a CaS game. 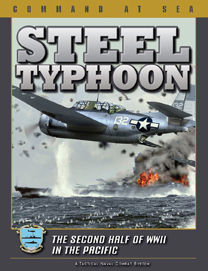 Building on the critically acclaimed Rising Sun, Steel Typhoon features 36 scenarios covering the biggest and most famous naval battles of WW II in the Pacific: Rabaul, Truk, the Marianas, Leyte, and Okinawa, plus hypothetical scenarios that challenge the players with historical alternatives. Designed by Ed Kettler, Steel Typhoon is the culmination of over a decade of research and testing.

Designed specifically for the Command At Sea 4th edition rules, Steel Typhoon, along with the data supplements American Fleets and The Emperor's Fleet, completes the picture of the USN versus the IJN in the Pacific Theater during the latter half of World War II. 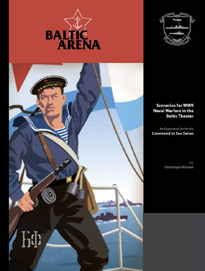 In Baltic Arena, lead author Christoph Kluxen weaves together 13 scenarios and 11 articles that cover the forgotten naval theater of World War II. Baltic Arena's well-researched scenarios have something for everyone, covering the compete range of operations from submarine attacks to full convoy actions. Eleven articles examine topics such as the Finnish naval and air forces, a chronology of Soviet submarine actions, and also include primary material, such as a German recognition poster of Soviet warships. New rules for mine warfare round out the offering, which has data annexes with all the specifications needed to play the scenarios. 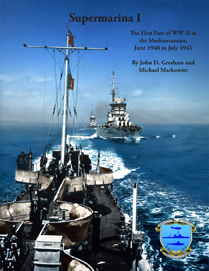 While Rommel's Afrika Korps was capturing the attention of the world, its fate was being decided in the Mediterranean. No matter how brilliantly the general and his troops performed, they could not win without the supplies and equipment necessary to fight.

Supermarina I portrays the struggle for naval supremacy in the Mediterranean Sea as the Allied forces tried to break the vital supply link for Axis forces in North Africa.

Containing 24 scenarios, Supermarina I runs the gamut of submarine versus convoy actions to battleships and cruisers slugging it out off Cape Teulada (Spartivento). Famous battles like Taranto and Matapan are included, as well as several scenarios suitable for solitaire play. 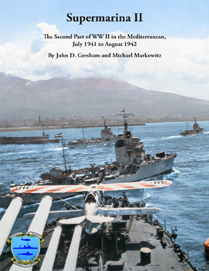 While Rommel's Afrika Korps was capturing the attention of the world, its fate was being decided in the Mediterranean. No matter how brilliantly the general and his troops performed, they could not win without the supplies and equipment necessary to fight. 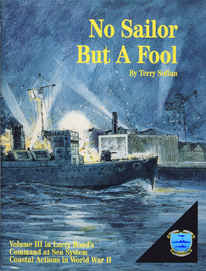 "No sailor but a fool fights a fortress." So said Sir Horatio Nelson. During World War II, fortresses had many guises and had to be fought. No Sailor But a Fool lets you do just that in seven detailed scenarios.Represented are Oslo in 1940, Operation Sea Lion, St. Nazaire, Operation Thunderbolt-Cerebus (the Channel Dash by Scharnhorst and Gneisenau), Channel convoy actions, the breakout of a German Surface Raider, and the Invasion of Tarawa. Each scenario has its own map and historical commentary, plus options allowing you to vary the historical setup. 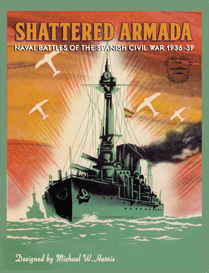 In the summer of 1936 Spain's right-wing "Nationalists" rebelled against the democratically elected left-wing "Republicans." Italy and Germany quickly backed the Fascist Nationalists, while the Soviet Union rallied behind the Communist-Socialist-Anarchist Republicans. England, with a reluctant France, desperately sought to keep the war from expanding.

Shattered Armada introduces players to the unfamiliar tale of the Spanish Civil War at sea with 22 scenarios describing battles that actually did occur; "could have" battles with combatants who were close enough to fight, but never got to engage; "what if" battles drawn from war plans and commander's intentions; and one convention knock-down donnybrook that showcases the ultimate "uh oh" if chaos had been unleashed. 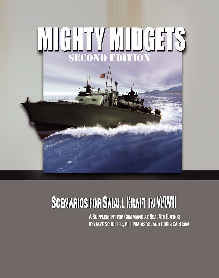 During World War II, battleships and aircraft carriers often overshadowed the exploits of motor torpedo boats and motor gunboats. However, these mighty midgets performed invaluable services, venturing out night after night to face enemy naval, air, and ground forces. They operated in every major theater, from the warm waters of the Pacific and Mediterranean to the cold waters of the North Sea. Mighty Midgets is a module for Command at Sea 4th ed. It contains 31 scenarios for small craft actions, and ship, aircraft, and weapons data to support all of the scenarios, and historical information about small craft tactics. 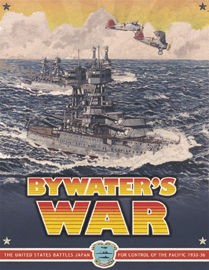 In 1925, naval analyst and former spy Hector C. Bywater wrote what today would be called a "techno-thriller." His novel described a hypothetical conflict between Japan and the USA, set in his near future, 1931. His background in naval tactics, ship design, and history made him the perfect person to write the story, which was wildly popular. In addition to being well-written and exciting, he described many advances in naval technology, such as the rise of naval aviation. But his story was also rooted in the past, and included the use of poison gas, and concluded with a Jutland-style clash between the two battle fleets.

Bob Eldridge, a long time naval miniature wargamer, who is also familiar with both the history and technology of the 1920s and 1930s has transformed Bywater's novel into scenarios for Command at Sea. The ship statistics include not only real-world units like the pre-war US and Japanese battleships, but also the ships that Mr. Bywater created for the story - the Alaska-class aircraft carriers and the Nagasaki-class supersubmarine.